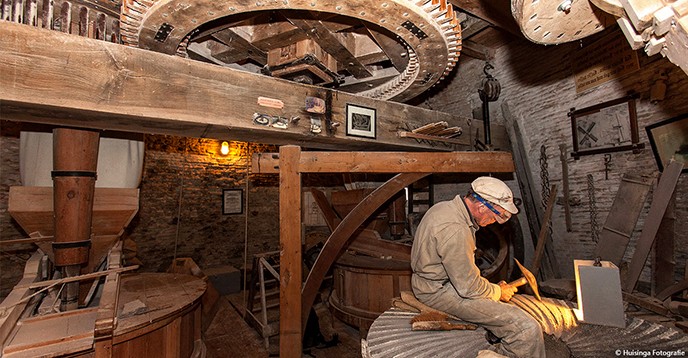 The Intergovernmental Committee for the Safeguarding of the Intangible Cultural Heritage, meeting in Jeju until 9 December, inscribed 12 new elements on the Representative List of the Intangible Cultural Heritage of Humanity during its afternoon session today. These are in addition to the 21 elements already inscribed during this Committee session.

The Representative List includes forms of expression that testify to the diversity of the intangible heritage and raise awareness of its importance.

The titles of the newly inscribed elements below (in chronological order of inscription) lead to web pages with information, pictures and videos:

Sega Tambour of Rodrigues Island is a vibrant performance of music, song and dance performed all over Rodrigues Island. With its origins in defiance and resilience, it is an important means of conflict resolution that fosters socialization and consolidates bonds. Recognised as a symbol of the history of the Rodriguan community, Sega Tambour is safeguarded through the efforts of numerous groups established since the 1970s. Knowledge and skills are transmitted through imitation and observation, and through apprenticeship with experienced craftspeople.

Netherlands  – Craft of the miller operating windmills and watermills

The craft of the miller operating windmills and watermills involves the knowledge and skills necessary to operate a mill and maintain it in a good state of repair. Millers now also play a key role in transmitting the related cultural history. Mills, and therefore the miller’s craft, play a significant social and cultural role in Dutch society. Various safeguarding measures are undertaken, and the Guild of Volunteer Millers, established in 1972, offers training and ongoing support to anyone interested in the craft.

The artisanal process of obtaining the plant fibres for weaving talcos, crinejas and pintas to make pinta’o hats is a manual process using plants and swamp mud. Participants either plant, process the raw materials, weave or create the braids used to make the hat, which is part of regional outfits worn throughout the country. The processes and techniques are passed down from generation to generation and numerous efforts to safeguard the element are in place, including the organization of artisanal markets, fairs and contests.

The Traditional System of Corongo’s Water Judges is an organizational method developed by the people of Corongo in Northern Peru. The system, which dates back to pre-Inca times, is primarily aimed at supplying water fairly and sustainably, through proper land stewardship, thereby ensuring the existence of these two resources for future generations. The functions, significance and values of the system are transmitted within the family and public spheres, as well as across all school levels through dances connected with the system.

Kolo is a traditional, collective folk dance performed by dancers interlinked to form a chain, usually moving in a circle holding hands. It is performed to the accompaniment of music during private and public gatherings and plays an integrative social role, involving all members of the local community. Performances at key events for the lives of individuals and communities make this element very present and sustainable, and bearers and local communities ensure its visibility through fairs, festivals and competitions.

The Multipart Singing of Horehronie involves a variable solo melody of pre-singing and more static choir answers. The singing culminates in intertwined parallel melodies with rich variations. Bearers and practitioners are inhabitants of the villages in question as well as the broader public, and the singing is perceived as a characteristic local phenomenon. The practice is transmitted from generation to generation and through informal education, and bearers endorse the element by practising it and using it in regular cross-generational exchange.

Door-to-door rounds of Kurenti is a Shrovetide custom practised from Candlemas to Ash Wednesday. Groups of Kurenti and one or more devils run from house to house and jump around the owners brandishing wooden sticks and ringing bells. Kindergartens and schools help safeguard the practice, and some formal educational courses and informal workshops help maintain respect for the tradition. Related knowledge and skills are mainly transmitted within the family, but museums and schools also play a key role in this regard.

Basel Carnival is the largest carnival in Switzerland. Starting on the Monday following Ash Wednesday, the carnival includes parades, concerts and lantern exhibitions, and can be compared to a huge satirical magazine. The carnival promotes tolerance through social criticism and fosters social cohesion. Transmission occurs informally in families, while the ‘cliques’ also play an important role throughout the year, with several having a section dedicated to encouraging the next generation. The carnival has been successfully safeguarded over past decades thanks to measures taken by the communities.

The Spring Celebration Hıdrellez takes place annually on 6 May, which is recognized as Spring Day or the awakening of nature. To mark the occasion, various ceremonies and rituals connected with nature are performed, guaranteeing the wellbeing of the family and community and protecting livestock and crops. The rituals provide the community with a deep sense of cultural belonging and the viability of the tradition is ensured primarily through the annual performance of the celebration and the organization of related events.

The Kushtdepdi rite of singing and dancing is a performing art involving creative poeticizing focused on good feelings and wishes. It is performed during ceremonies and national celebrations and involves singing with vocal improvisation and dancing with movements of the hands, gestures and footsteps. The bearers and practitioners are actively involved in safeguarding the practice through performances and the compilation of introductory teaching resources. The knowledge and skills are traditionally transmitted from master singers to amateurs through informal training.

The art of Bài Chòi in Central Viet Nam is a diverse art combining music, poetry, acting, painting and literature. Bài Chòi is an important form of culture and recreation whose bearers and practitioners include artists, performers, card-making artists and hut-making artists. Performers and their families play a major role in safeguarding the practice, and numerous dedicated groups exist. Most performers learn their skills within the family but specialist artists also transmit their knowledge in clubs, schools and associations.

The khaen music of the Lao people is played with a mouth organ that resembles panpipes, but made with bamboo tubes of varying lengths. It is integral to Lao life and promotes family and social cohesion. Families play an important role in transmitting the art and associations exist in many communities where young people can learn the related skills. To maintain the practice, several local communities and groups have taken up various initiatives to safeguard it through formal and non-formal education.

The Committee is meeting at the International Convention Centre (ICC Jeju), Jeju Province, Republic of Korea